Be the first to review this product

Chateau Berliquet GCC St Emilion 2007 - This vinathe is head and shoulders above its peers. Full and punchy with excellent purity of fruit silkier than expected tannin and that delicious fruit-cake character synonymous with St-Émilion.

This is great value Saint-Émilion.

HK$390.00
Add to Wish List Add to Compare
Email
Skip to the end of the images gallery

Berliquet is one of the oldest vineyards in Saint-Emilion. The vines, exposed south, southwest, are neighbours to several first growths. Since 1996 Patrick de Lesquen and his team have been hard at work to install Berliquet's fame by producing one of the most thoroughbred wines in the appellation.

Château Berliquet can trace its history back to 1794 and was promoted to a Grand Cru Classé in 1985. It consists of 9 hectares of vineyards superbly sited on the St. Emilion limestone plateau, adjoining those of Château Canon and Château Magdelaine. Until 1978 Berliquet's wine was made by the local co-operative and the quality was good but rather unexciting

Château Berliquet was founded in 1768, making it one of Saint-Émilion's oldest estates. With south and south-west facing vineyards, and a mixture of clay, limestone and chalk soils, their location is ideal and it's therefore no surprise that many of their neighbours are top first growths.

Until 1978 all the wine was made by the local co-operatives, where the quality level was good and fairly consistent but certainly nothing to write home about.

Since 1978 the wine has been vinified and matured at the estate and the wines have improved beyond recognition. Bereliquet's wine is a blend of 67% Merlot, 25% Cabernet Franc and 8% Cabernet Sauvignon. The grapes are matured in temperature-controlled vats and the wine is then matured in oak barriques (80% new) for 16 months. The wine is bottled unfiltered and the quality level has improved dramatically.

In the late 2000s Nicolas Thienpont and Stéphane Derenoncourt, the 'dynamic duo', joined as consulting winemakers. As of the 2008 vintage the wines have been more precise, pure and terroir-driven than ever before.

This is great value Saint-Émilion.

Reviews
Write Your Own Review

Free delivery on 6 bottles or more 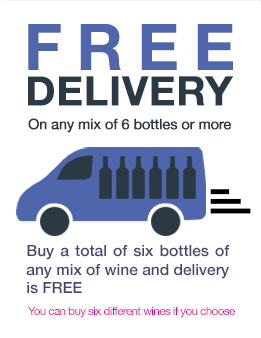